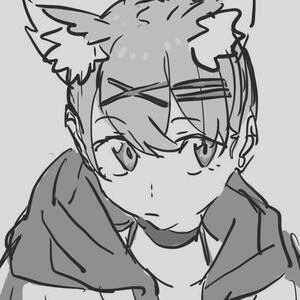 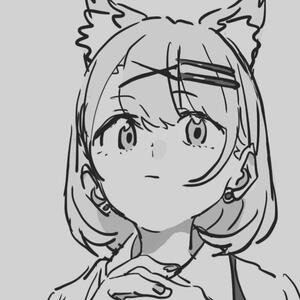 akino overall is known for her enthusiasm and kind heart. she often offers her helping hand and is the one to put on the brave face. however, since the events of her childhood she always been hesitant on making close friends. she is also well know for her more tomboyish life style and outlook on life. as most can correctly assume, she has a very great deal of love for cats of all different shapes and sizes. furthermore, like many of her generation, akino always looked up to all might. seeing how he never left someone in need, and faced even the strongest of villains, inspired akino to become a hero.

akino stands at a fairly average height, having a petite build. she is often covered in small bandages due to the amount of training she does on a daily basis whether it be with class or during her own personal time. in terms of personal accessorizes she typically wears ear rings and her hair clips dail

akino was very avid and confident young girl. thinking back, she admits she was a brat at times and got in trouble quite a lot. however, she wasn't alone. akino had a childhood best friend named naomi. they were like sisters and became inseparable since they were even infants. what's even more coincidental is while akino's newly manifested quirk was feline's soul, naomi's was dog's soul! furthermore, naomi was more mature of the two girls, and was always more cautious of what the two girls would get themselves into.

the two dreamed of being heros together. saving people and fighting villains as partners! everyday after school they would train themselves and pretend they were pro heros saving citizens and fight villains. it was something they were both incredibly passionate about, especially akino. so, they made a bonded promise to one another that when they were old enough they would attend u.a. academy, together and become real pros side by side.

one afternoon, it was the middle of autumn, akino and naomi's family were shopping together and allowed the girls to buy whatever they wanted with the money they had given the each of them. and while their parents were distracted, akino took naomi's hand and snuck away. naomi naturally thought it was a bad idea but akino was set on buying a certain something to surprise their families.

❛ where are we going, akino? ❜

akino explained in eager excitement. naomi simply giggled and gave into akino's cute idea. they each pick out an outfit that best fit their still young quirks. once exchanging their money they finally head back to surprise their family's.

before they could make it back they came across the muffled sound of someone in distress down a rather creepy alley way. and of course, akino insisted they go check it out. but naomi boldly rejected the idea and tried to lead akino away from it. with her natural canine instincts, naomi knew, it was trouble. too dangerous for kids like them.

❛ come on naomi! they could get hurt or worse by the time pros show up! if we are going to be heros we have to help people! ❜

before naomi could even respond akino took off running far ahead of her. worried she'd get hurt, of course naomi set off after her.
finally akino found the source of the distressing pleas. it was an older man, being harassed by a group of villains.

while they did drop him to the ground, they began to tease and mock akino as well. as a result the man escaped, saying he would get help. the villains found it pathetic he would leave the job to a mere child.

❛ i can fight you all just watch! ❜

that said, young akino bursted towards the group, extracting her fangs and biting one of the villain's legs wincing in annoyed pain, the villain grabbed akino by the head and threw her down violently. letting out a laugh of nothing but pity, the villain she previous attacked drew 2 blades. akino slowly stands to her feet, a drip of blood rolling down the right side of her forehead.

❛ you dumbass brat. you seem more like the one in trouble rather than the hero, haha! ❜

he spoke, before throwing the blades straight towards akino. seconds away from death, akino braced herself by sealing her eyes shut, an immense fear taking over her. but the pain never came. instead, when opening her eyes, all she could see was blood on the ground, and some on her face. but it wasn't her blood, it was naomi's. her friend shielded her from the weapons. taking one near the right lower back, and one between her lung and left shoulder blade. saying nothing, she simply gave a weak grin towards naomi before coughing up blood and collapsing to the ground, motionless.

all akino could do was scream her friend's name. while the villains simply stood their baffled and dumbfounded.

❛ where the hell did that brat come from? an idiot for taking a lethal hit like that ha! ❜

gritting her teeth, streams of tears rolling down her face, akino's eyes almost appeared crimson red for a moment.

she retorted in a rage, subsequently darting towards them with her claws retracted. but instead of gong through with the attack, akino halted, suddenly feeling a sharp pain in her shoulder. looking over, she was met with a blade in her shoulder, before too collapsing. the last thing she heard before inevitably blacking out, were sirens and the sound of the villains panicking. the police and heros had arrived on the scene. along with the man akino tried to save, and her family.

the next thing she knows, akino had awaken in a hospital bed with her mother and father by her side. immediately, her mother began to cry when taking hold of akino's weak hand. at first akino had thought her mother was crying for her daughter but soon enough her father shed light on what happened. to this day akino still can't stand to remember those sentences her father said to her.

❛ sweetie... naomi's family is just outside the room. i'm sorry but she's... gone. there was nothing they could do. ❜

whose words left her confused, speechless and in the end more guilty than a child at only the age of 9 should even bare. her father then went on to explain how the police found herself knocked out cold and in serious condition. the villians where successfully caught, which was the only sliver of light from this tragedy.
after a few days of healing in the hospital akino got the ok to go home. the next day after, she and her parents attended naomi's funeral.

once the service ended akino pleaded to let her be alone for a moment beside naomi's grave. which of course they did, and would meet her outside the gates.
for a few moments it was nothing but dead silence, before inevitably akino began to sob and apologize over and over again to naomi.

❛ i'm sorry... i-i'm so sorry naomi! it's all my fault! i don't deserve to even have a quirk let alone become a hero! ❜

akino continued to sob rivers of tears, her head buried in her arms before punching the ground beneath where she sat in anger and frustration.
but soon all became silent again as a sniffle came from her nose and the tears slowed. akino remembered their promise of becoming top heros. she knew if naomi was here, she'd of course tell akino, she's meant to be a hero.

❛ i'll do it... i'll become a hero... for you naomi. i promise forever and ever no matter what it takes. ❜

since that day, akino worked harder, trained even more, and had grown even more determined than ever.

at 15 years old, the day had come for the entrance exam of u.a! and as it turns out the training she went though payed off, as she got in fairly smoothly.

akino only works harder and harder every day, to fulfill that promise to her beloved friend.

why simply, she can do anything a cat can do! this includes domestic, wild, and big cats! felines of all kinds, shapes, and sizes!

➳ akino has a severe case of atychiphobia because of her past trauma.

➳ mochi ice cream is one of her favorite things to eat!

➳ she loves to drink pocari sweat! especially after a good amount of training!

➳ her favorite thing to do in her free time is hit the arcade and play some games! she has a lot of high scores there!

naomi if she were
akino's age today.
if she was alive she
would be in class
1-A. she would have
most likely become
good friends with
tsuyu asui thanks
to their quirks.